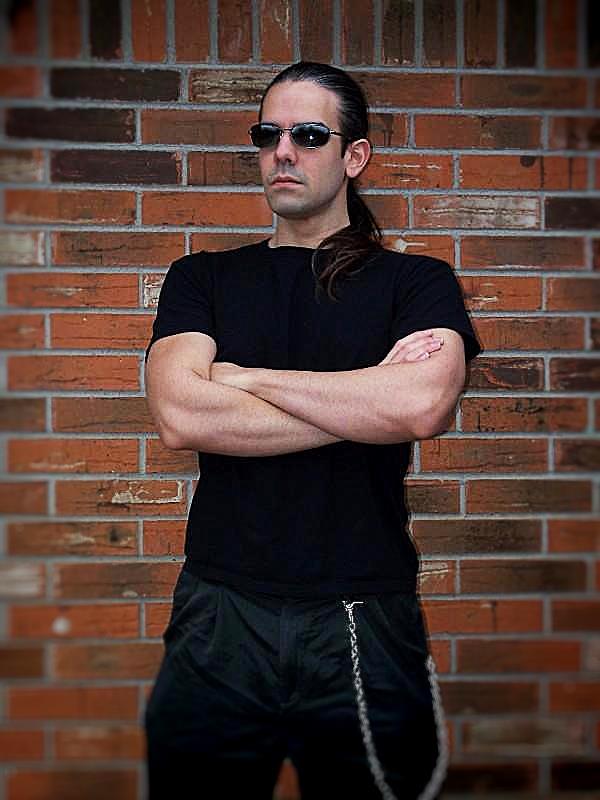 Purchasing a video game prior public availability is not uncommon, as when Beyond War began sales. However, it is not fair to ask a game developer in a contested technology to tender proofs of patent or trade secret technologies prior to launch conditional to investor or backer use.

In our present economy, foreign agents will falsely attempt to steal any potential patent design feature immediately upon demonstration.

The public also has NO RESPECT or competency in the nature or injury this sort of abuse causes, often dismissing such felony activity as "clones" of games in ways that clearly intend imitation and infringement on face, or under parody or other false cause to suggest use of media and images of a real person or character are then employed to damage the investment and completion of the product, as in Beyond War child abductors actions from 2001-2021.

Therefore, while pre-sale and private network access are options for users, as well as kickstarter benefits affording different products or even supporting in-game (visual) elements to create a class of player base and community - SHADOWDANCERS L.L.C. disagrees with all that.

Denial of Service attacks orchestrated by STATE OF TEXAS using IP ADDRESSES found to be registered with INFOMART in DALLAS TEXAS, and by 2323 Bryan St Dallas Texas data centers registration in legal use to extort - have convinced our backers to REFUSE SALE TO MICROSOFT and other "hostile corporations" in any way.

Strong Identity is required to play Beyond War, and such identity issued and managed by SEVEN ALPHA Network Infrastructure Fabric (IP7A), a licensed product granted to RACCOON TECHNOLOGIES INCORPORATED by SHADOWDANCERS L.L.C. - the REGISTERED TRADEMARK OWNER.

SEVEN ALPHA™ logo, design, and elements of the SIR network are property of SHADOWDANCERS L.L.C. and subject franchise and license rights per the Oklahoma Computer Crimes Act.

Violation or claims contrary are felony acts on prima facie subject 22 O.S. § 22-32 and §22-33 response in public notice and policy without further trial or indictment to execute self-defense and remonstrance citing cause of action - a legal right of Oklahoma Constitution Article II section II-3 and II-22.

By pairing our product with SEVEN ALPHA™ infrastructure stack services at RACCOON TECHNOLOGIES INCORPORATED data centers, we have found a distribution channel that affords our ability to instantly verify employment and disclaim users who represent a real and tangible threat to our company in past and present infringement activity and criminal activity.

Like any limited or member-only authorized agreement, this also cuts down a great deal on the immature and nonsense chatter that ordinary public and International games suffer.

We do not have to optimize for all languages, make all clients service all possible sources, and do not have the same requirements a retail product or service must meet to support a wide range of arbitrary and impossible obligations themed for general commodities now regulated by EUROPEAN UNION Law.

This allows us to focus on a pure role of development, and limit demands on our team and investors to service our real audience in direct user-to-developer requests and obligations.

The first of these is the question of cost. Packages for Beyond War are similar to packages for other major open world sandbox games - affording users the ability to pay for licensing that include multiple client license seats, not just a single user.

In this way, organizational play of Beyond War as a product similar to sports or other team activity is possible, as well as parallel play for individuals against such groups; and a fair price model for such work accomplished by volume selling to known institutions with help desk support for that class of customer.

Ordinary Beyond War users can also allow multiple players to join in on their account, playing together, while not having to license each person separately - protecting the privacy of minors who wish to participate under 'supervision' of an adult account.

Content is still rated adult, but we feel parents are entitled to make this decision, as are any person authorized to use a SEVEN ALPHA account, in their role as gatekeeper and strong identity to such duty in compliance.

This allows players to "jump into empire" roles, while still enjoying the benefits of M2OS technology which prevents this late-join asset model from impacting other established players.

These technique are protected by trade secret, pending suit made in citation of fraud in 2018 November exposing the 45 CFR and related Federal Regulations and criminal codes reported a part of the Terrorist Hoax suspending Patent Office access from 2001-2021 illegally.

Investor and celebrity accounts, known since 1999 as "Legendaries", are also included with more traditional equity investment as part of bond and stock offers, to satisfy input without any cost to our backers for the lifetime of their ownership of such instrument.

This means backers are guaranteed server privileges at no cost, related to their investment and prior level of equity, as well as persons themed "substantial contributors to the arts and media" afforded personal access without cost for themselves and small party.

Per month $19.95 fee for persons outside the United States are also afforded, to allow non-American players an opportunity to play. All South American players are included in this waiver of fees, excluding BRAZIL for the attacks on our network in 2019.

ICELAND, SWEDEN, NORWAY, DENMARK, AUSTRIA and BRAZIL remains barred from access to Beyond War, along with JAPAN and CHINA. Students and State employees and teachers are also waived fees from Australia, and the nation of Italy is treated as domestic by option exercised by our investor in honor of his Native Italian Citizenship. Attacks from Japanese employees in Italy nearly blocked both Italy and Australia, but backers from those nations won their inclusion in the Beyond War family and SEVEN ALPHA.

Not an Infinite Early-Access Kickstarter

SHADOWDANCERS L.L.C. will not ask the public to throw money at us like a kickstarter, just to drop a game and then abandon it to make another title.

Neither can we, due to Federal and State laws, sell equity or stock to persons seeking to join or support the game development. Nor will we sell "bigger ships" to customers, without having first explored the gameplay and features in completed development (or ever).

Buying ships is not an option with real-world money. Ships only exist for account users, and are non-transferable assets wired to end-user accounts, excluding a class of "commodity vessel" available should you "lose" your ship - a very real possibility in Beyond War.

Your ship, and your crew, are characters in the account. Their loss is both permanent and serious, and may disable you while you procure another vessel. Stealing starships is a lot harder than it sounds, and as such, receiving ships (or finding them) is a major task in the Beyond War Universe.

Many players (a class, in fact) do nothing but look for ships that are not "initialized" and either sell them or register themselves to the vessels.

This search for warships is a huge factor in a game where there are no "hit points" or "healing potions", and damage is serious and lasting to an airframe.

If you know anything about aviation or aircraft maintenance and naval maintenance, the damage to a ship which disables her permanently may not be enough to make her "explode" or "burn like rice paper", but she will be unable to fly again.

How your faction or group handles stripping ships, parts, and restoration - is a huge part of the 'culture' of Beyond War, and as prior stated - a proprietary model which we do not disclose or make claims against to non-backers not covered by non-disclosure non-compete agreements.

This "lifecycle" and culture of ship salvage, repair, problems, malfunctions, trials, tests, and engineering are a huge part of Beyond War, and many players make a living just using their "skill" and "ability" to improve other players ships and vessels. This prevents "player power gaming" and makes every ship as unique as your own child.

It also accentuates the loss and risk in live RP, affords a non-combat and stealth playstyle familiar to SIGINT operators, and creates a unique atmosphere that differs dramatically from "Kill celebration" games popular in eSports today (by virtue of TENCENT financing).

We are most proud of this "lifestyle" play, and the unique value each account and character gives to our online user community, far in excess of the other achievements - and do not wish to see other firms infringe upon our property or rights - compelling this agreement model against reverse engineering, modification, and cloning of our service and its environment and features.

Chinese and Japanese Nationals Are Banned

Where foreign law (CHINA) does not permit or admit this, the use by the Citizens of that nation or within its borders is summarily BANNED. and such activity without a "waiver", software piracy.

Fraud in a "legal sham" by NTT employees further this ban to all Japanese Nationals (Citizens of Japan) due to ongoing 2001-2021 terrorism in hostage taking to extort the firm and this product from lawful use of its technology, a crime under International Law alleged.

The Firm does create written digitally signed WAIVERS to INTERNATIONAL PERSONS who have earned or been so awarded on commission a formal and non-transferable title in the SEVEN ALPHA network. Such honors are not subject to sale or application, and on a case-by-case basis, representing loyalty to the SEVEN ALPHA authority over their home country or other laws. some nations frown on that sort of thing.

The Laws of SEVEN ALPHA are the laws of the UNITED STATES at one time and subject one interpretation, so made in oral argument by Ginsburg, for whom the rights of such persons enumerated in our Constitution of the State of Oklahoma and United States stand joined in equal rider agreement superior statutory law, the sole authority therein.

Efforts to change or re-define these laws by Democratic Socialist Insurgent (DSI) elements led to the formation of SEVEN ALPHA™, and its arbitration rules committee, in resistance to illegal action in the UNITED STATES and member territories of the Federal Union in 2001 August to 2021 (present).

We therefore welcome everyone to our virtual service, but disclaim anyone who cannot abide by the Supreme Law, in general principle and deference to the registration of such persons a fiat rule disbarring the duty to comply while connected to our business and networks in the North American Hemisphere. People of all nations are welcome, but you must leave your nation behind.

Those not willing to do so, will be prohibited passage to SEVEN ALPHA™ and BEYOND WAR.

Investors may commit to our project with confidence, therefore, that we are and will remain a wholly "AMERICAN WARRIOR CULTURE" venture, refusing all claims to adapt to foreign theology or law not made to satisfy the rights and enumerated Constitutional authority of our primary sponsors and backers.